With the development of digital technology of TV and audio, people’s demand for image and accompanying sound is getting higher and higher. In order to better meet the audience’s demand for high-quality programs, Guizhou Radio and TV Station has started the construction of Guizhou Satellite TV HD Channel technology project since 2010. On October 28, 2013, Guizhou Satellite TV HD Channel was officially broadcasted on Guizhou Cable TV Network, bringing good viewing to the audience.

Experience. In the current TV broadcasting process, the sound level of different programs often varies greatly, resulting in loudness jump; and the loudness of different programs varies greatly, when the program changes, the sound will jump. Therefore, for the broadcasting of accompanying sound, the most important problem is to obtain the consistency of loudness, while ensuring that the dynamic range is not damaged, so as to avoid damaging the sound quality. Adding automatic loudness control equipment of digital audio signal in broadcasting system can control the overall average loudness of broadcasting program and control the peak level of broadcasting program, which can solve this problem well. Guizhou Satellite TV HD channel also added loudness control processing equipment at the end of broadcasting. This paper briefly introduces the application of automatic loudness control equipment in HD broadcasting system of Guizhou Radio and Television Station and its practical effect. Loudness (Loudness) The subjective sensation of the human ear to the intensity of sound is called loudness. It is an indicator of sound energy when electrical signals are converted into sound waves. The volume we often talk about actually represents loudness. Loudness is a complex concept of acoustic simulation. It is more a subjective feeling of the audience. It is expressed by unit (sone), which is closely related to sound pressure level and frequency. It is defined as lsone when pure tone is 1000Hz and 40dB. Usually, people tend to confuse the two concepts of sound level and loudness, misinterpreting the control level as controlling loudness. In fact, there are many ways to measure audio level itself with objective indicators, such as VU table, PPM table, dBFS table, etc. The closest to human ear auditory characteristics is VU table. The swing characteristics of pointer or bar graph of VU table can roughly describe the change of volume when signal is restored to sound, that is, the change of loudness that human ear eventually feels, but it is only approximate, not particularly accurate, while PPM or dBFS table is response. The peak or quasi-peak value of audio signal, which is usually useful only for the peak value of the control signal. Audio loudness is a subjective measurement index. In essence, it has no linear relationship with the audio level, but has the psychological characteristics associated with the actual intensity of the audio signal.
Therefore, different people have different perceptions of the same signal, and the same people have different perceptions of the same signal in different environments. Based on the global non-real-time loudness processing equipment for material files, the equipment reads the material files in storage area according to certain strategies, extracts the audio data of the whole material files, carries out short-term or long-term loudness analysis and calculates the difference with the expected loudness value, and processes the difference accordingly. The processed audio data are repackaged to produce the material files that meet the broadcast requirements. 。 Because of the non-real-time processing mode, this kind of equipment adjusts all audio data of the material file to the same size, does not change the dynamic range of the signal, has little effect on the sound quality, and is suitable for deployment before broadcasting. Real-time loudness processing equipment, which extracts part of the audio signal information, according to the expected loudness target for real-time processing. This method usually changes the dynamic range of the audio sequence, which has a certain impact on the sound quality. The average output loudness of the audio sequence is not completely consistent with the expected loudness. Because of the simple hardware connection, thermostatic element this kind of equipment is easy to deploy and is suitable for use on the broadcasting line. Our radio broadcasts are divided into three categories: 1. TV series; 2. Self-run programs; 3.
Advertising. When TV series are broadcasted, the original plays are collected and entered into the TV series editing system. After editing, they are broadcasted into the broadcasting system. When the original TV series are collected, the uploaders will adjust the program audio. When broadcasting a self-run program, first collect the material through the upload server, and then migrate to the broadcasting server. When the upload server collects, the uploader will also adjust the audio of the program. Advertising broadcasting also collects the material through the upload server, but the material collection is completed by the advertising department, and the control of the audio of the program is relatively loose. From the test results, we can see that the average loudness of our TV series is about 24 LKFS, the average loudness of our own programs is about 22 LKFS, the average loudness of advertising programs is about 20 LKFS, and the difference between the maximum loudness and the minimum loudness of TV series is about 5 LKFS in most of the time (due to the silent segments of the test programs, the difference between the maximum and minimum is 23 LKFS), the maximum loudness and the minimum loudness of our own programs are about 23 LKFS. The difference between degrees is 5LKFS, the difference between maximum loudness and minimum loudness of advertising programs is more than 14LKFS. The average loudness of TV dramas meets the broadcasting requirements. The average loudness of self-run programs and advertising programs is high, and the loudness difference between advertising programs is large.

LA and HARRIS response controllers have a large number of international standards preset, and according to a large number of television stations in loudness and dynamic range processing reference data preset a lot of settings, users can call these settings to modify some parameters according to the characteristics of their programs to obtain appropriate broadcast effect. Therefore, we only need to select the appropriate presupposition according to the broadcast environment and make appropriate modifications. In actual use, because most of the parameter settings are interrelated, some modifications may have an impact that is not easy to detect immediately for the current content. In addition, previous manufacturers have optimized various types of music, TV series, sitcom, talk shows, etc. In actual use, LA chose the Chinese_TV preset, HARRIS chose MED preset. Both are 24 LKFS presuppositions based on ITU BS.1770 measurement standard, which provides a mild dynamic range processing and can be used for various types of program content. It is worth noting that in order to ensure the consistency of all channel signal processing, a unified preset effect must be invoked in all processors, and the setting parameters should be as same as possible. The test data of HD-SDI interface characteristics show that both devices meet the requirements of channel technical specifications.
The voice processed by the main channel of switching station plus LA AERO.one automatic loudness controller is fully synchronized. The voice processed by the backup channel of switching station plus HARRIS APM6803 automatic loudness controller is slightly ahead of the screen Ims, but far less than the L frame, and also meets the relevant technical requirements. The audience can not perceive it. 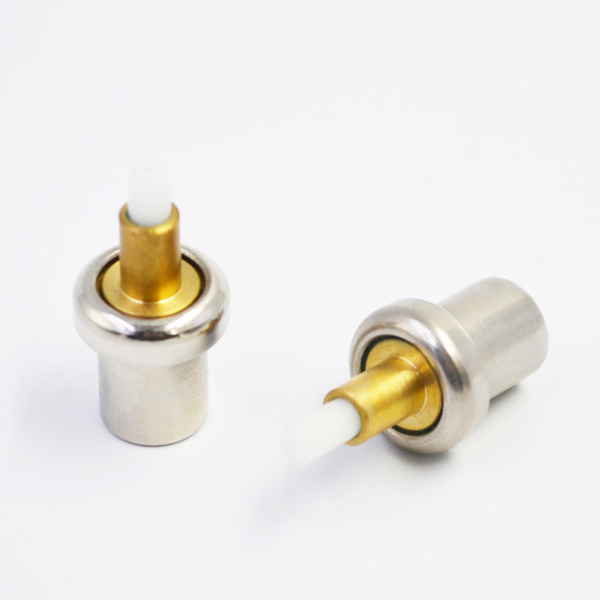